MB Comment: Another sad story about vaccine failure, which the mainstream media refuses to report. Some of these kids who got polio were vaccinated 15 times! 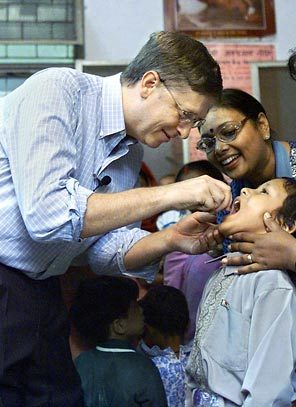 Oral Polio Vaccine (OPV) can cause polio, which is why it is banned in the US. But health authorities have no qualms about dumping this toxic vaccine on developing countries, egged on by the Bill Gates big bucks vaccine mafia.

In the primitive conditions in the far corners of Pakistan, uneducated vaccinators have no clue about cold storage or heat-damaged vaccine lots. This article’s bullet point is: ‘Oral polio drops fail in children with lowered immunity.’ A bad vaccine in incompetent hands, inflicted over and over into undernourished kids in unsanitary conditions. That is the state of the art of the so-called global polio eradication campaign.

Pakistan’s Express Tribune reports that ‘A government inquiry has found that polio vaccines for infants funded by the Global Alliance for Vaccination and Immunisation are causing deaths and disabilities in regional countries including Pakistan.’

The controversy has led to attacks on vaccinators and a backlash of paramilitary and police support to polio vaccinations.

[PESHAWAR] After half of the 58 cases of polio recorded in Pakistan during 2012 turned out to be of children who had received oral polio vaccine (OPV), health authorities have formally complained to the WHO concerning the quality of doses distributed by the UN body.

“We have conveyed to the WHO concerns about the efficacy of the OPV,” said Abdul Wakeel, assistant director in the government’s expanded programme on immunisation in the Khyber Pakhtunkhwa province which accounted for 26 of last year’s cases.

Wakeel told SciDev.Net that the inefficacy of OPV has been creating doubts about the immunisation programme. “When people see children getting polio despite being given OPV – sometimes even after 15 times – they lose confidence in the ability of vaccination to protect their children.”

Wakeel said, however, that it was possible that batches of the ‘live’ polio vaccine may have lost potency through poor cold chain maintenance at health facilities. To be effective OPV doses need to be maintained at 2–8 degrees Celsius from manufacture to the point of oral administration.

“We procure and supply the vaccine to the health department while the VVMs are at stage one. Further exposure to heat results in their losing efficacy – at stage four they are completely ineffective,” Sultan said.

“The problem may lie in the low education levels of vaccinators who cannot read the VVM,” Sultan said. “People associated with immunisation campaigns must be trained to examine the VVM before administering OPV doses to children and reject vials that have been exposed to heat.”

Shukaib Adnan, an immunisation officer with UNICEF, says that besides poor cold chain maintenance and inept vaccinators there was the question of administering OPV to children whose immunity may have been compromised by illnesses.

“We have been encouraging the health department to ensure that the health status of children is rigorously checked before administering them the vaccine,” Adnan said.

“The real need is for uninterrupted electricity supplies at health facilities and properly trained health workers who are able to read the VVM and also spot children with compromised immunity,” Adnan added.